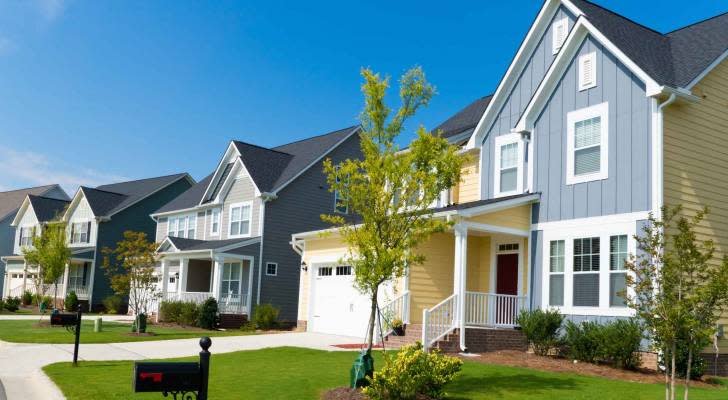 Rates on America’s most popular home loan — the 30-year fixed-rate mortgage — remain within striking distance of their all-time low, according to the latest edition of a long-running survey.

That’s giving procrastinating homeowners a new incentive to finally get around to refinancing, and so is this: A new record-low average has been reached for rates on 15-year mortgages, a common choice for refi loans.

The current average rate on a 30-year fixed-rate mortgage is 2.80%, mortgage giant Freddie Mac reported on Thursday. That’s only a shade higher than it was a week earlier, when the average was 2.78%.

“As the economy works to get back to its pre-pandemic self, and the fight against COVID-19 variants unfolds, owners and buyers continue to benefit from some of the lowest mortgage rates of all time,” says Freddie Mac’s chief economist Sam Khater. He also points out that the 30-year has remained below 3% for the past five weeks.

That 3% figure is significant. When rates first dipped backed below 3% in May, mortgage data and technology provider Black Knight estimated that over 14 million homeowners could save an average of $287 by refinancing.

Here’s where things get interesting for homeowners.

The 15-year can be a smart choice for refinancers, as the shorter term allows homeowners to pay less in interest and own their homes in the clear much sooner. If you can afford the higher monthly payments, a 15-year refinance may be worth a look.

ARMs have proven to be fairly volatile this year. They leaped as high as 3.12% in January, and spent much of the year in the 2.8% range. But they have trended downward since May, and are now scraping rock bottom.

ARMs typically start out with lower rates than fixed-rate mortgages. After an initial fixed-rate period, the rate adjusts on a regular basis for the remainder of the loan. A 5/1 ARM has a fixed-rate phase that lasts five years, and the rate will move — either up or down — every (one) year after that.

Why rates are low and stable — for now

One of the primary reasons mortgage rates have shown little movement over the past week is the Federal Reserve’s rather muted appraisal of the nation’s economy, which it delivered on Wednesday.

The Fed reiterated its commitment to holding interest rates low until its goals of full employment and sustained inflation of around 2% are met.

“This lack of surprise helped steady mortgage rates [last] week and was a marked contrast to the sparks that followed the June meeting when we saw a significant, albeit brief, upshoot in mortgage rates, to just above 3%,” says Danielle Hale, chief economist at Realtor.com.

As fall approaches, Hale expects to hear more from the Fed about its path forward, which she expects will involve a pullback in monetary support.

“Thus, we expect mortgage rates to fluctuate near historic lows through the summer before beginning to climb this fall,” she said. “Those who haven’t yet taken advantage of low rates to buy a home or refinance still have the opportunity to do so this summer.”

How to land an excellent refi rate

Despite record-low mortgage rates, there are still millions of homeowners who have not refinanced their homes in the last year-plus. Online real estate marketplace Zillow recently found 78% of eligible U.S. homeowners did not refinance their homes between April 2020 and April 2021.

Of those who did, almost half saved $300 or more per month on their mortgages.

If you’re considering a refi, give some thought to your history as a borrower. Have you checked your credit score lately? The best mortgage rates tend to go to borrowers with the highest credit scores, so find out where yours stands and see if you need to improve it by a few points.

If your credit history includes a crushing amount of high-interest debt, mortgage lenders may have doubts about your ability to handle a home loan, too. So consider taking out a single, lower-interest debt consolidation loan to cut your interest costs and clear that debt off your books sooner.

Once the time comes to start weighing your mortgage options, be sure to compare offers from at least five different lenders. Multiple studies have determined that five is the magic number for scoring the best mortgage rate for your budget.

And if a refi isn’t something you want to move forward with, you might find other ways to reduce the cost of homeownership. The next time you need to buy or renew your homeowners insurance, a little comparison shopping could save you hundreds of dollars.

The same strategy can help you pay less for car insurance, too.